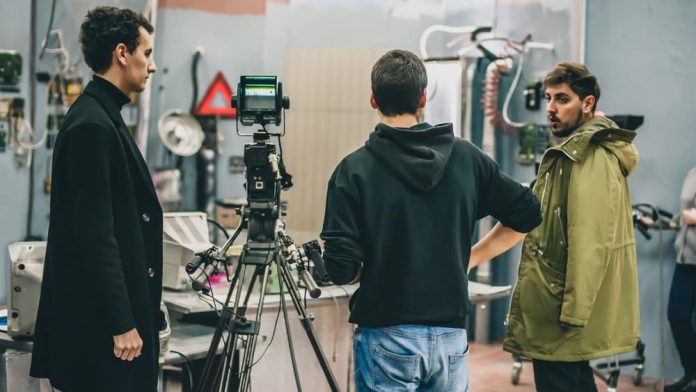 The film industry offers abundant career opportunities depending on your training, experience, interests, and network. Understanding the steps, you need to take to launch your career in film can help distinguish your resume to casting directors and producers and improve the success of your job search. Once you’ve determined which positions in film suit you best, you can begin preparing to enter the film industry.

How to get into the film industry

Developing relevant skills, gaining experience, and connecting with industry professionals can help you enter the film industry and be well-qualified for your target position.

Here are nine steps about how to get into the film industry and start your career:

Understanding which specific job you want to pursue can make it easier for you to determine how to get into the film industry. Here’s a list of job opportunities you might consider if you’re interested in working in film:

Since our focus of the article is in two directions today, that is, producer and director, we will discuss these two in detail.

A movie producer, also known as a film producer, manages a film project at various stages, from development to production to post-production. They supervise production assistants, other filmmaking staff, and assistant directors, monitor finances and filming timelines, coordinate vendors and department heads, and update financiers on a project’s progress.

Becoming a film director isn’t a straight path. There are multiple ways of getting there, but there’s only one driving force: you. Regardless of your education or current skill set, if you want to make movies, you will. But that’s easier said than done, so let’s go a little deeper to answer how to become a director.

Some of the things a producer or director might do:

An individual who is good at both these jobs is an inspiration for the write-up today, and he is Lorenzo DeStefano. Born and raised in Honolulu, Hawai’i, Lorenzo DeStefano is a playwright, screenwriter, novelist, producer, director, and photographer. A member of the Directors Guild of America and past member of the Motion Picture Editors Guild, DeStefano has worked in the U.S. and U.K. Theater, written fiction & non-fiction, original screenplays, and adaptations, and produced and directed documentary and narrative films.

His contribution to the entertainment industry in these fields include: includes “Stairway to the Stars,” “Shipment Day,” “Providence,” the world premiere of Robert Schenkkan’s “Conversations with the Spanish Lady,” the 25th anniversary Los Angeles production of William Inge’s “Natural Affection,” Horton Foote’s “The One-Armed Man,” “Jitters” by David French, and the world premiere of “Twisted Twain,” the one-man show by Bill Erwin.

Surrender To the Melodious Charm of Alex Genadinik’s “Enchanting Woman”

5 Roles That Are Crucial in Creating a Motion Picture